By Michael Carroll  | From Watchdog.org 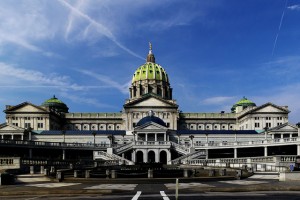 As the Pennsylvania House prepares to take up a Senate-passed budget plan that raises energy taxes, business groups are calling on lawmakers to shift gears and enact pro-growth policies that include tax relief.

Lawmakers need to avoid business-to-business taxes that hit manufacturers hard, according to the president and CEO of the Pennsylvania Chamber of Business and Industry, Gene Barr. The Senate budget plan contains those types of taxes, including a gross receipts tax on natural gas and higher electricity rates for consumers.

“Those things really do have an adverse impact,” Barr told Watchdog.org.

If the Senate proposal – which which seeks to raise taxes by more than $570 million – were passed by the House, natural gas in the state would be taxed at four different points: prior to drilling with an impact tax, during gas production through a severance tax, at the point of consumption via a gross receipts tax, and through annual business and income taxes on companies involved in drilling, according to Barr.

Such actions would burden one of Pennsylvania’s key economic strengths – plentiful, low-cost natural gas, he said.

Other chamber priorities include working to reduce the state’s corporate income tax, which is among the highest in the nation at 9.99 percent, Barr said.

“In additional to that, we have a legal system that is still viewed as punitive to employers,” he said.

Getting a handle on the opioid crisis in the state as well as advancing education reforms and workforce development are also important to Pennsylvania businesses, Barr said. In particular, the chamber wants to change the public teacher tenure system by allowing school districts to lay off or furlough teachers not based on seniority but on quality, he said.

Barr places the need for such basic policy reforms above expanding tax breaks or tax credits for businesses in Pennsylvania. Dangling tax credits before targeted companies can backfire, he said.

“Sometimes that hurts existing players in that industry,” Barr said.

The chamber’s pro-business agenda dovetails somewhat with the Pennsylvania Economic Development Association’s 2017-18 legislative priorities. The association favors streamlining the state’s permitting process related to land development, and it advocates for more innovative workforce training programs to help bridge the skills gap that many companies view as widening in Pennsylvania.

The Pennsylvania Manufacturers’ Association (PMA) will also be opposing the Senate budget plan “with everything we’ve got” while advocating a pro-growth policy for energy and other ways to boost the business climate, according to the association’s executive director, David N. Taylor.

“For us, there are five points on the star,” Taylor told Watchdog.org. “There are five things we are working for all the time.”

Among them is getting government to restrain spending.

“When the government grows faster than the private sector, it stifles [business] growth,” he said.

Two other key issues are business tax relief that stimulates the economy, including  corporate income tax reform and regulatory relief.

“We need to make sure that the rules that are put in place are based on sound science,” Taylor said, adding that regulations should not result in costs that exceed the benefits the public will receive.

The other top issues for the PMA are tort reform and encouraging the state to strengthen its skilled workforce.

“Pennsylvania has lawsuit abuse run amok …” he said. “And its predations are felt across the economy.”

Gov. Tom Wolf should petition for a waiver from the federal Department of Labor and other Cabinet departments to revamp workforce training programs in Pennsylvania, Taylor said. About $1.6 billion is spent on such training, but it’s fragmented and does not meet the needs of Pennsylvania’s current economic trends, he said.

“We need a whole culture change, and this isn’t just in Pennsylvania but across the country,” Taylor said.

More young people need to become aware of all the in-demand occupations in the manufacturing economy, while vocational and technology instruction should not be treated as an educational dumping ground, according to Taylor.

Another area where Harrisburg can do more to encourage economic growth is through policies that bring to market the 500 trillion cubic feet of natural gas reserves in the Marcellus and Utica shale formations, he said.

The western part of the Marcellus formation offers multiple benefits for industry because the gas comes out of the ground with butane, propane and ethane, Taylor said.

“Those chemical inputs are manufacturing feedstocks,” he said. “We can make stuff out of that. So there is a petrochemical revolution waiting to be born.”

Another way to expand economic activity in Pennsylvania, which is home to casinos and horse-racing venues, would be to lift the current federal ban on sports betting, according to Rep. Rob Matzie (D-Ambridge). Matzie sponsored a bill this year that would expand sports betting in the state if the federal ban is eventually lifted.

“We have 13 casinos operating already, with another two licenses remaining,” Matzie said in an email to Watchdog.org. “We have seven professional sports franchises in our Commonwealth. I would say, as a conservative estimate, we could expect revenues (to the state) in the hundreds of millions of dollars.”