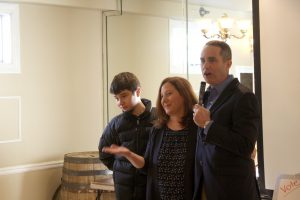 The Temperance House in Newtown Borough was standing room only Saturday morning when Lower Makefield attorney Steve Santarsiero officially announced his plans to run for the state senate.

In announcing his candidacy for the 10th Senate District, which will be vacated by Republican Sen. Chuck McIlhinney, Santarsiero outlined a number of issues important to voters in the district, as well did his due diligence as a Democrat in vowing to stand against President Donald Trump. Before his current run, Santarsiero represented the state legislature’s 31st District between 2009 and 2017. In 2016, Santarsiero lost the congressional race against Republican Brian Fitzpatrick and most recently worked as an environmental attorney for the Pennsylvania Attorney General’s Office.

Santarsiero recounted before supporters Saturday his time in the state legislature in 2010 when the “Tea Party” movement gained steam.

“They held no interest in governing,” Santarsiero said of the Tea Party movement. “They just wanted to tear things down.”

Santarsiero explained how he stood against this group as they tried to change voting laws, cut educational funding and went after women’s reproductive rights.

“They made it very hard to get anything done in Pennsylvania, and that was before Donald Trump,” Santarsiero said.

The people of the state, especially the 10th Legislative District, are just looking for sanity, Santarsiero told supporters.

In outlining important topics for his campaign, Santarsiero remarked on the need to continue investing in education, new industries and sustainable energy. He also spoke of reforming the way legislative districts are drawn, updating campaign finance laws and the importance of fighting for the safety of the community

“When the history of our time is written, the number one issue that historians will look at is climate change,” Santarsiero said, referencing the need to investigate clean energy.

“What we need to do right here in Pennsylvania is make sure that people have all of the training that will follow them throughout their lives and their careers,” he said of education.

As a state senator, Santarsiero went on, he will fight for all the issues important to his potential constituents.

In addition to family, friends and supporters not directly involved in politics, a number of elected officials and candidates were also present at the announcement. State representatives Tina Davis, who is also running for the state senate, and Perry Warren were present. In addition, Bucks County Sheriff Milt Warrell and Middletown auditor Anna Payne were present as well. Democratic congressional candidates Steve Bacher and Scott Wallace were present as well.

After his announcement, Santarsiero said that his decision to run for the senate seat was made well before McIlhinney announced his retirement. Not having to run against an incumbent makes things a little easier, but Santarsiero recognizes that the effort will be hard fought.

“It’s going to take a lot of hard work from everyone in this room and people outside of this room as well,” Santarsiero said.

“There is a new day dawning, we are that new day,” the candidate said to cheers. 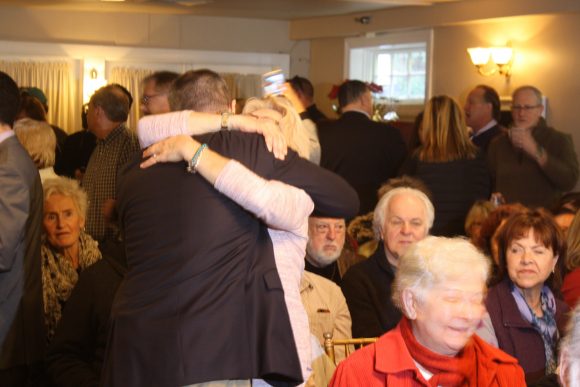 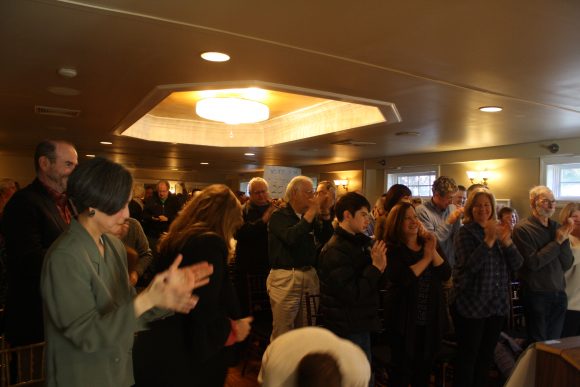 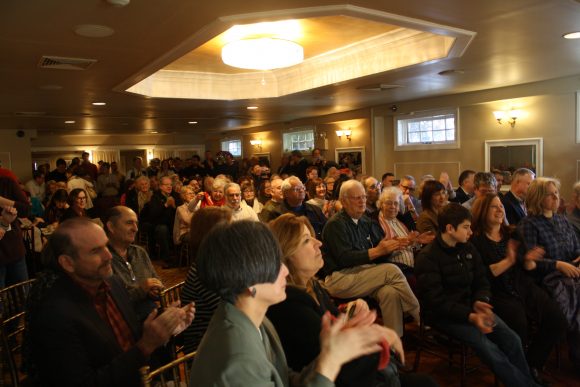 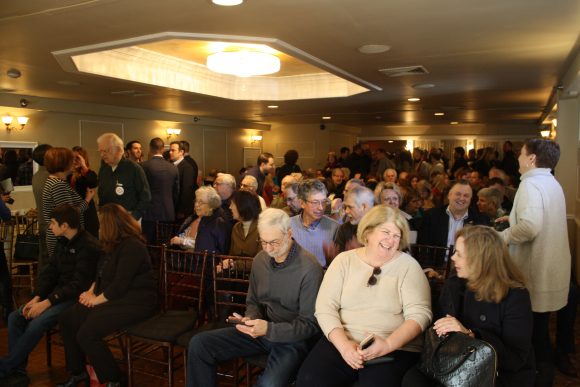 Erich Martin attended Bucks County Community College for two years where he was the Co-Editor-in-Chief of the Centurion, the college newspaper. Erich is currently attending Temple University in order to complete his degree in Journalism. Erich was recognized at the Pennsylvania Newspaper Association Foundation's Keystone Press Awards in 2014 for general news. In downtime, Erich enjoys spending time with friends and family. Aside from spending time with family and reporting news, Erich loves getting engrossed in a great game, book, or movie.