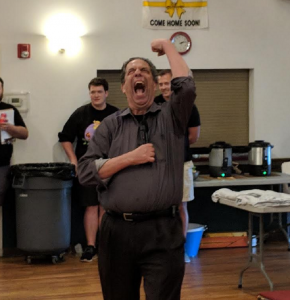 One of America’s most iconic greasers made a stop in Bucks County to endorse Scott Wallace.

Jon “Bowzer” Bauman, the president of political action committee Social Security Works and a former member of Sha Na Na, performed for a group of about 80 people at the Warminster VFW post Wednesday afternoon.

The 70-year-old native New Yorker told the crowd about his support for Social Security and Medicare, something that Democrat Wallace has pledged not to cut. He said the candidate’s stance drew him to Bucks County for the campaign stop.

Bauman eased into the event by telling the audience about his upbringing in New York City and that he was classically-trained at the Juilliard School. He wowed the crowd by playing Frédéric Chopin on his keyboard before launching into a campaign-altered classic from the Sha Na Na TV show. 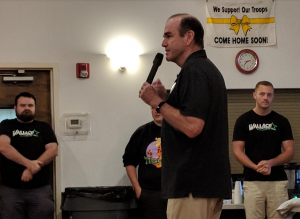 The performer noted the comedy that with all his classical training, he is most notable for his role in fifties- and sixties-leaning rock and doo wop group Sha Na Na. He still performs at Hershey Park every summer and plays shows around the country.

Bauman said that Republicans are a threat to Social Security and Republican Congressman Brian Fitzpatrick is among those who want to cut it.

“It’s a hell of a program,”  Wallace told the crowd, affirming his support for it.

The candidate said he is running in honor of his grandfather, who helped create Social Security while in government decades ago, and for his grandkids.

“Brian Fitzpatrick is preparing to dismantle Social Security,” he warned.

Wallace and Bauman both chided Fitzpatrick’s support of the Republican-backed tax reform bill last year. Wallace, a multi-millionaire, said the tax reform has helped his finances but he isn’t the person who needs the help, noting he is pouring much of his own money into his campaign.

Wallace asked the mostly-older crowd to get out to the polls to protect Social Security and Medicare, urging supporters to drive their friends and neighbors to vote. 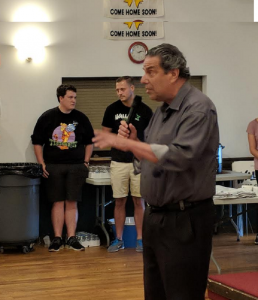 Middletown resident Roberta Laney attended the event in support of Wallace. She said she collects Social Security and wants it be kept intact. She said her support for Wallace will have her knocking on doors and driving others to the polls come November.

Fitzpatrick’s campaign hit back at Wallace and said his “campaign is based on a lie.” 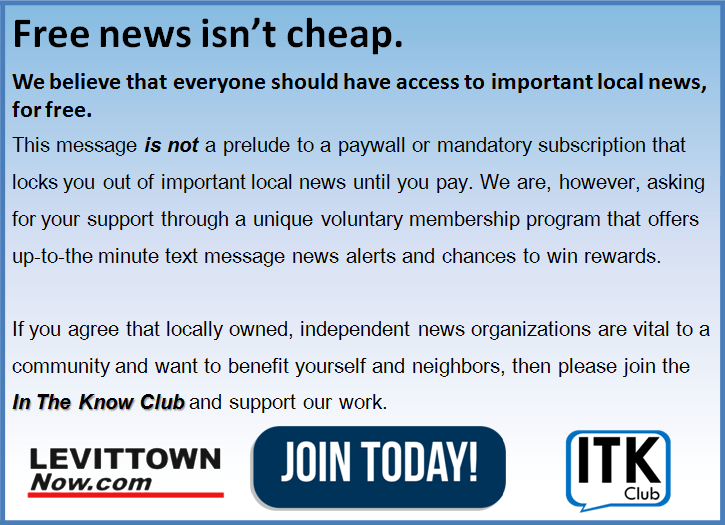