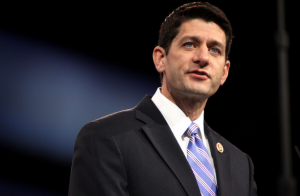 Speaker of the House Paul Ryan made a midterm election stop in Upper Makefield Thursday.

The Republican congressman from Wisconsin stopped at a home off Washington Crossing Road, not far from the intersection with Taylorsville Road, during the morning hours. A Republican official described the event as a “small private fundraiser.”

NewtownPANow.com was unable to confirm if incumbent Republican Congressman Brian Fitzpatrick was at the event, but Ryan did not formally endorse the candidate, according to a Republican official.

“Just days after it was revealed that Congressional Republicans have a plan to cut Social Security and Medicare next year to pay for their tax cut for the richest Americans, one of the architects of that plan – Speaker Paul Ryan – is in Bucks County campaigning with Congressman Fitzpatrick. Ryan is repaying Rep. Fitzpatrick for voting for the Republican playbook that will undermine the middle-class,” a statement from Fitzpatrick’s Democratic challenger Scott Wallace’s campaign said.

Sources said police were at the large home where the Ryan event was held, but no demonstrators were visible at the fundraiser that received no advance publicity.

Before making his morning stop in the township, Ryan had been attending Republican events in New Jersey, lending support to candidates.

Get the latest headlines in your inbox each evening at 9 p.m. for free.

You have successfully joined our email newsletter.