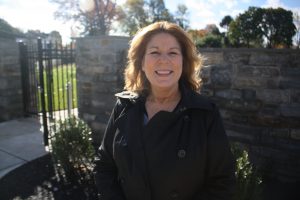 Although initial vote tallies show her Republican incumbent State Sen. Tommy Tomlinson ahead by exactly 100 votes, provisional and military ballots still have not been fully counted. On Friday, the Bucks County Board of Elections will conduct its official ballot count before certifying the race on Tuesday, the day all military ballots are due.

It was not immediately clear how many provisional and military ballots are waiting to be counted.

Aren Platt, Davis’ campaign manager, said they will be in Doylestown for the count on Friday. He said they’re not commenting on the results until the final count is completed.

When reached by phone shortly before 1 a.m. Wednesday morning, Tomlinson’s campaign confirmed they have declared victory.

“I am truly honored to have earned another term as your State Senator. This was the toughest campaign yet, but I am humbled by the tremendous support of #TeamTommy,” the  state senator posted online early Wednesday morning.

Officials from the Board of Elections were not immediately available for comment.

The race between Davis, a state representative from Bristol Township’s Croydon section since 2010, and Bensalem resident Tomlinson, who was first elected to the state senate in 1994, has been tough and was widely expected to be close.

The race is so close that a recount could take place, but one has not yet been called for.

Win or lose the senate race, Davis won her current state representative seat against Republican Anthony Sposato on Tuesday. In Pennsylvania, candidates can run for two seats but only take one.