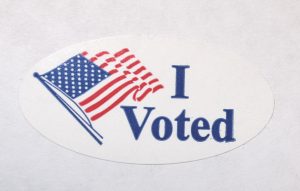 The official results of the Sixth Senate District race between Incumbent Republican State Sen. Tommy Tomlinson and Democratic State Rep. Tina Davis may not be finalized until Friday or Monday.

Bucks County spokesperson Larry King said Bucks County Board of Elections officials continue to tally write-in votes before they can finalize the count for the 2018 election.

On Wednesday, the county finished counting overseas and military absentee ballots in the race, but the final tallies were not released. It was revealed through campaigns that 134 of the roughly 600 overseas and military ballots were from residents who reside in the Sixth Congressional District.

The Sixth Senate District race was separated by exactly 100 votes in the unofficial tally following last Tuesday’s election. In total, more than 108,000 votes were cast in the race.

Ryan Skoczylas, the campaign manager for Tomlinson, said the incumbent had a 74-vote advantage over Davis as of Wednesday afternoon.

“This election proves that every vote matters. Despite an overwhelming voter registration difference, over 54,000 voters elected to send Senator Tomlinson back to Harrisburg to continue putting people before politics and serving our community,” Skoczylas said.

While Tomlinson declared victory last week, the Davis campaign said they are waiting until the vote count is finished.

King has explained over the past week that once the vote count is finished in the coming days, the results are certified. There will then be a five-day period to allow for challenges before a second and final certification.

Davis will head back to Harrisburg no matter the final vote count. The Bristol Township resident won the race to keep her current state representative seat last week. The state permits candidates can run for two seats but only accept one.