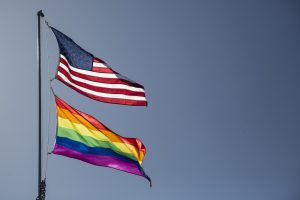 The Newtown Township Board of Supervisors approved an anti-discrimination ordinance and plan to establish a human relations commission.

The 4-0 vote last week makes Newtown Township the sixth community in Bucks County to have an anti-discrimination ordinance and among 50 across the state. Previously, Bristol Borough, Doylestown Borough, Newtown Borough, New Hope, and Yardley have passed similar ordinances.

The ordinance will expand protections for the Lesbian, Gay, Bisexual, and Transgender (LGBT) community in the township and also set up a volunteer human relations commission to hear cases of alleged discrimination at the local level.

The ordinance opens new protections for employment, housing, and public accommodations for members of the LGBT community. It also includes a ban on so-called “conversion therapy.”

The township human relations commission will have some enforcement authority.

Those called before the panel can appear with or without a lawyer and filing a complaint is free.

The township-level protections cover areas where current Pennsylvania and federal laws do not.

Supervisor John Mack said he hopes the passage of the ordinance will send a message to the state to pass similar protections.

David Bria, a council member from Yardley Borough, applauded the Supervisors for approving the ordinance, noting it was passed the day after the anniversary of openly-gay San Francisco Board of Supervisors member Harvey Milk’s 1978 assassination.

The ordinance will take effect once the human relations commission has members.