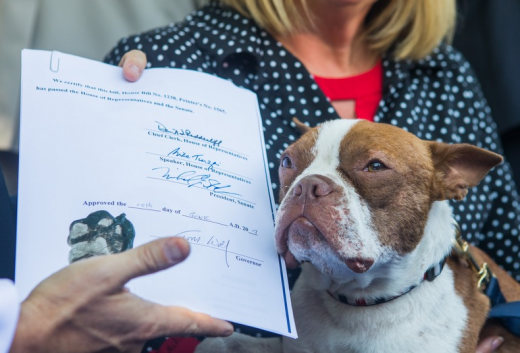 Libre Wednesday next to a signed copy of the bill.
Credit: PA Internet News Service 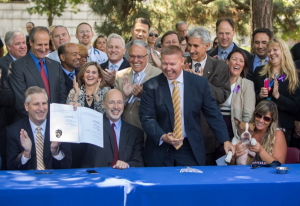 A new animal cruelty bill was signed into law Wednesday.

Act 10 (HB 1238) provides updates to Pennsylvania’s current animal abuse statutes and increases the penalties for those convicted of abusing animals.

The legislation has been more commonly called Libre’s Law. It is named after Libre, a Boston terrier, who was rescued after being found sick and neglected at a Lancaster County farm last year.

According to Democratic Gov. Tom Wolf’s office, the bill includes several overhauls to existing statues. They include:

“Today we are sending a clear message that Pennsylvania will not tolerate animal cruelty in our state and will punish offenders to the fullest extent of the law,” Stephens said. “This is the most comprehensive animal protection bill in the Commonwealth’s history and would not have been possible without the determined efforts of my colleagues in the House and Senate, the governor and the thousands of advocates who contacted their elected officials expressing their support for the bill.” 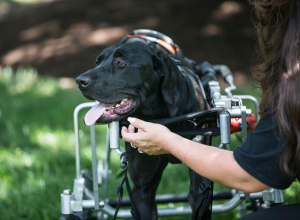 “Prior to this law, humane society officers and their nonprofit employers were forced to waste their limited resources defending against frivolous lawsuits, sometimes for months at a time, until the lawsuits are thrown out,” Farry said. “This is a tremendous waste of resources that could otherwise go to supporting neglected and abused animals.”

Wolf said the passing of Libre’s Law should be a “day of celebration for all Pennsylvania and animal-lovers.”

“Animal advocates from across the state and country deserve much credit as they joined forces in support of this legislation to make a difference toward passage of the bill,” said Kristen Tullo, Pennsylvania state director of Humane Society of the United States. 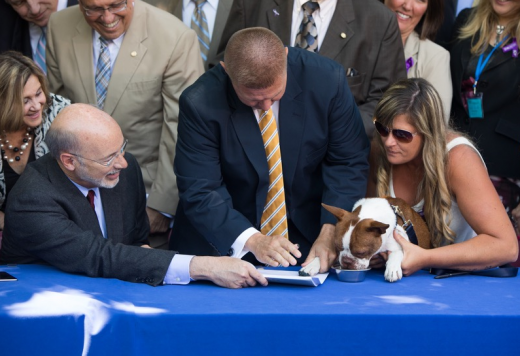 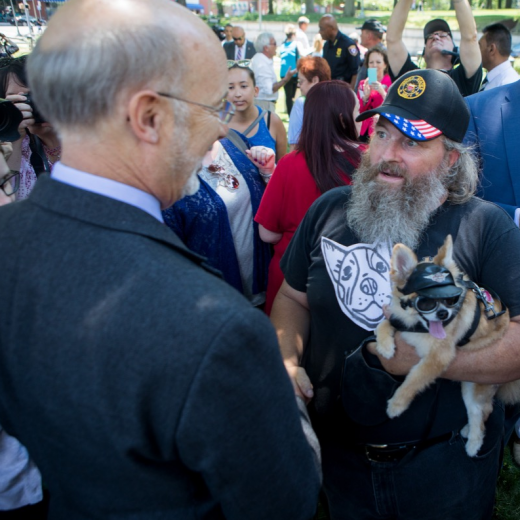 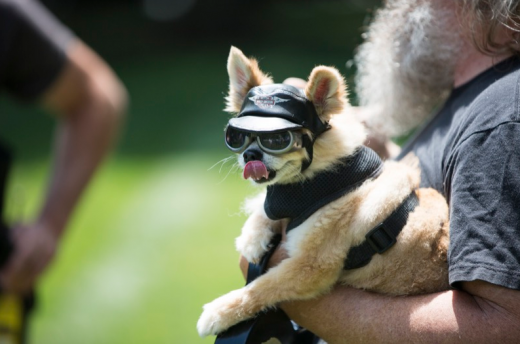