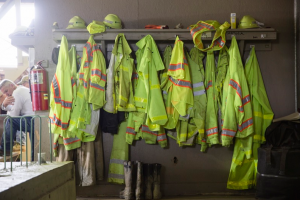 Unemployment numbers in Pennsylvania have been down by one-tenth of a percentage point for four consecutive months.

According to the Pennsylvania Department of Labor and Industry, the state unemployment number dipped to 4.6 percent, its lowest rate since September 2007.

The Pennsylvania unemployment number was higher than the national average of 4.1 percent for November, according to the U.S. Bureau of Labor Statistics.

State officials said the number of jobs in six of the 11 supersectors were up. The largest decrease was 4,500 in leisure and hospitality jobs and the largest addition was 3,400 in construction jobs since October.