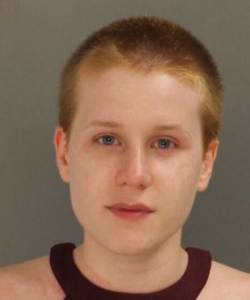 Sarah Elizabeth Squitieri, 20, was arrested without incident on a warrant for threats to use weapons of mass destruction, police said.

Squitieri is accused of providing “false and misleading information concerning the alleged threat and that there was no credible threat to the community college,” police said in a statement.

Township police received an anonymous tip last Tuesday that a man named “Karl” had sent the tipster a group text message that he was planning to attack the community college’s Newtown Township campus with guns and explosive devices. The tip was reported to the community college’s security unit and classes for the next day were cancelled.

The threat last Wednesday only impacted the Newtown Township campus. The campus reopened on Thursday after police deemed the threat not credible but raised many concerns for students who did not have further details on the origin of the scare.

Squitieri was arraigned before on-call District Judge Gary Gamberdella and remanded to the Bucks County Correctional Facility on 10 percent of $100,000 bail. Her bail conditions included GPS monitoring if she was released from custody, no possession of firearms, no contact with the community college, and she is not to be within 100 yards of community college property.