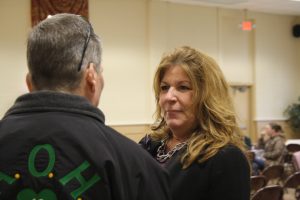 Incumbent Republican State Sen. Tommy Tomlinson was ahead of Democratic State Rep. Tina Davis by exactly 100 votes as of early Wednesday morning in the race for the Sixth Senate District seat.

Tomlinson’s campaign said they were declaring victory while Davis said the race was not yet over.

Under state law, Davis is within the margin to request a recount due to the race being so close.

Davis, who also ran to retain her state representative seat, was victorious over Republican Anthony Sposato in that race.