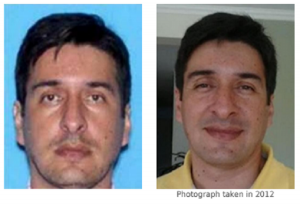 A man who was in the country illegally when he caused a fatal head-on crash in Middletown that killed a former police officer and teacher’s aide has been sentenced to state prison.

Nelio Sotomayor-Sanchez, 47, a Peruvian resident who overstayed his visa, pleaded guilty to one count of homicide by vehicle this week before Bucks County Judge Rea Boylan. He was sentenced to 18 months to five years behind bars, according to the district attorney’s office.

Boylan imposed a harsher aggravated-range sentence for Sotomayor-Sanchez based on the fact he fled to South America the day after criminal charges were filed in 2011.

Once he is released from prison, he will be deported from the United States.

Deputy District Attorney Robert James said Sotomayor-Sanchez was bothered by slow-moving traffic on Woodbourne Road and illegally crossed the double-yellow line to pass the slower cars. Instead, he struck Maillie’s vehicle and offered no aid.

Sotomayor-Sanchez was hospitalized due to injuries from the crash and left for Florida after his release. The divorcee with two children in Florida boarded a flight from Tampa to South America the day after Middletown police filed charges against Sotomayor-Sanchez related to the crash.

“He left this country, making himself unavailable, without determining whether these matters had been resolved. And he knew that someone had died,” the judge said at sentencing.

Sotomayor-Sanchez had a clean criminal record and drinking and speeding played no role in the crash, Senior Chief Deputy Public Defender Deborah Weinman argued during sentencing.

“That split-second decision” to pass illegally “is the extent of his criminal conduct in this matter,” Weinman said. “It was a reckless act [that] resulted in catastrophic consequences.”

James made the successful argument that the fact Sotomayor-Sanchez fled the country meant he deserved a harsher sentence.

Federal law enforcement took the case once Sotomayor-Sanchez fled the country and worked with international partners to take the 47 year old into custody. The work paid off last January when Peruvian police arrested Sotomayor-Sanchez in the nation’s capital of Lima.

Diplomats, prosecutors and law enforcement worked for months to extricate Sotomayor-Sanchez from his Peruvian prison cell to Bucks County. 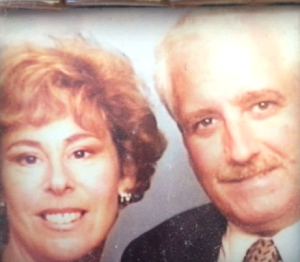 Sheree and her husband.
Credit: FBI

Prosecutors said Sotomayor-Sanchez was working odd jobs in Bucks County when the fatal crash happened. He did not have a valid driver’s license.

Maillie’s daughter, Julie, said “no amount of justice” could make up for what her mother went through.

Michael Maillie, Julie’s brother, called Sotomayor-Sanchez a “coward scumbag” for fleeing prosecution. The judge made a point to tell the man his language was inappropriate.

“The man killed my mother,” the victim’s son relied. “I called him a name. We’re not exactly even.”

Sotomayor-Sanchez told the judge he was unaware of criminal charges against him and left for Peru to seek surgery for crash-related injuries under his father’s government insurance. He added that he did not assist Maillie because his leg injuries were so serious.

“From the day the accident occurred, I have not stopped thinking of her,” Sotomayor-Sanchez spoke through an interpreter. “I am Catholic and … she is always in my prayers. Wherever she is, she knows that I have always asked for forgiveness in my prayers.”