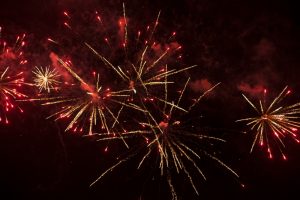 Lower Bucks County played a major role in the founding of the United States. This year, towns around the lower end of Bucks County will celebrate our nation’s independence and the role our area had.

We’ve compiled a list of activities – including fireworks– to help you plan your holiday weekend!

The town’s annual Independence Day Parade will be held Wednesday beginning at 1 p.m. Local sports teams, musical performers, first responders floats and more will be part of the annual parade. The parade kicks off on Bustleton Pike at Second Street and will end in the area of Lower Southampton Early Learning Center (former Lower Southampton Elementary School.)

The annual Fourth of July Parade will kick off Wednesday at 9 a.m. in the area of Veterans Memorial Park on Veterans Highway (Route 413) and ends at Twin Oaks Park.

Washington Crossing Historic Park will be hosting numerous events throughout the holiday weekend. Click here to learn about all the events.

The Southampton Days Parade will start at 9:30 a.m. Wednesday on Second Street Pike at Jaymor Road and march to Klinger Middle School. The parade will feature first responders, local sports groups, musical performers and much more.

The annual Southampton Days Fair starts Monday (opening every evening at 6 p.m.) and ends Saturday. The fair will have Fourth of July fireworks starting at 9:35 p.m. adjacent to the fairgrounds.