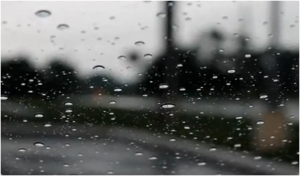 Forecasters say days of heavy rain with more headed toward the area are raising the risk for flash flooding.

The National Weather Service’s Mt. Holly, New Jersey, field office issued a Flash Flood Watch for Lower Bucks County that will last into Wednesday morning. They indicated the watch could be extended depending on the forecast.

“Showers and some thunderstorms will continue through Wednesday. The risk of flooding, including flash flooding, will increase as soils become increasingly wet, and as river and creek levels rise following each successive round of locally heavy rainfall,” forecasters said.

Chances of heavy rain are forecasted into Thursday. Forecasters said the period of unsettled weather will be supported by a tropical air mass that will help spur heavy downpours that could dump as much as an inch of rain per hour.

Gov. Tom Wolf and the Pennsylvania Emergency Management Agency have been monitoring the wet weather, which is hitting Central Pennsylvania the worst. The governor’s office said state officials are ready to assist wherever flooding impacts and they have put the Pennsylvania Helicopter Aquatic Rescue Team on alert for the next two days.