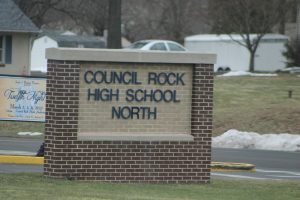 Parents received an email from Principal Susan McCarthy that the words were determined to be song lyrics and there was no threat. The song the lyrics came from was not released.

The lyrics written on the desk were shared through social media and caused the school district to involve its security officials and police.