The following was provided courtesy of the Newtown Township Police Department. 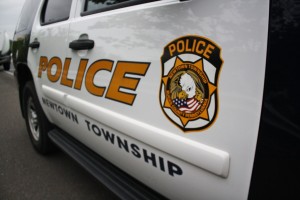 Around 12:45 p.m., a Newtown Township resident responded to headquarters to report an IRS scam phone call. The complainant explained that a male caller with a foreign accent called his cell number and advised him of an IRS debt. He was instructed to go to a CVS pharmacy and to purchase several gift cards. When the complainant went to the store and was not able to find a specific gift card, however, he realized it was a scam. He left the store without continuing his attempts and reported it. Police advised the complainant as they advise similar complainants and all residents, to block the phone numbers and to be aware of attempts at fraud by anyone.

A Meridian Circle resident contacted police shortly after 1:15 p.m. to report that someone dumped two cans of white paint down the sewage grate in front of his home. No leads at this time.

At approximately 4:15 p.m., a Newtown Township resident contacted police to report that she was the victim of credit card fraud. According to the complainant, someone tried using her credit card information to make a purchase in Vietnam for $64.34. This incident occurred a few days after she used her credit card at a gas station. The purchase was declined, and the bank notified the complainant right away.

Police responded to the Publick House around 9:30 a.m. for the report of criminal mischief that occurred overnight. According to witnesses, a truck with loud exhaust pulled into the parking lot and did donuts which caused rocks to hit the siding and the roof of the Publick House. Police documented the property damage that was caused as a result.

Just before 1:30 p.m., a juvenile victim reported a theft from vehicle that occurred a few days prior while his vehicle was parked at Council Rock North High School. The approximate value of loss is $200. and the investigation is ongoing.

A Newtown Township resident responded to headquarters shortly before 12:45 p.m. to report that his debit card and checking account were compromised when person(s) unknown to him made unauthorized purchases using the account. The complainant stated that five fraudulent purchases were made in the amount of approximately $749. The complainant was able to notify his bank immediately, and the bank credited his account.