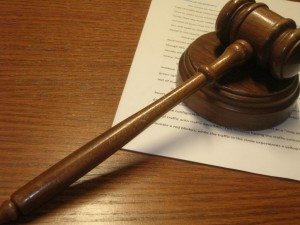 Just under 200 absentee ballots received by the Bucks County Board of Elections after the deadline will be the subject of a lawsuit filed by State Rep. Tina Davis’ Sixth Senate District seat campaign next week.

The campaign’s legal filing will ask a court to allow elections officials to count the 192 absentee ballots that came in past November 2 deadline. The lawsuit follows a similar one filed this week by the American Civil Liberties Union of Pennsylvania.

“[Tina Davis] wants to make sure every vote is counted,” said Aren Platt, Davis’ campaign manager. He added the lawsuit is aimed at making sure all votes are counted.

The race between Incumbent Republican State Sen. Tommy Tomlinson and Davis has been extremely close. Out of more than 108,000 votes cast, the two were separated as of Wednesday by just over 70 votes. As the final votes are tallied this week, a final count should be confirmed Monday and allow for a five day period for challenges.

Tomlinson, whose campaign manager was not immediately available for comment, has declared victory in the race multiple times online and though campaign officials while Davis and her team have not conceded.

Neither campaign has any problems, at this time, with the validity of the vote count. Davis’ campaign said their impending lawsuit has to due with state laws relating to the time period allowed for absentee ballots.

The crux of the issue has to do with Pennsylvania’s ballot deadline, which is the earliest in the country. Ballots are provided in the final days of October were to be sent back the Friday before election day.

The ACLU lawsuit is backed by nine plaintiffs whose ballots whose votes were not counted after meeting the deadline for an absentee ballot and mailed it back. The problem came when the ballots did not reach county election offices until after the deadline.

No matter what happens in the Sixth Senate District election, Davis will head back to Harrisburg because the Bristol Township resident won the race to keep her current state representative seat last week. The state permits candidates can run for two seats but only accept one.