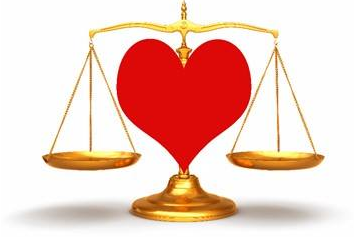 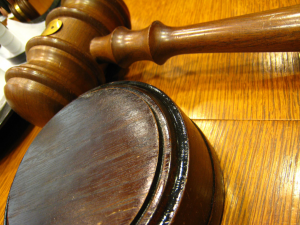 A Michigan judge has granted parenting time and joint legal custody of an 8-year-old boy to a convicted sex offender who allegedly raped the child’s mother nine years ago. The woman was just 12 years old when she was impregnated and raped by her attacker who held her captive for days

Christopher Mirasolo, 27, of Brown City was awarded joint legal custody of the child, according to the victim’s attorney, Rebecca Kiessling, who is seeking protection under the federal Rape Survivor Child Custody Act. A hearing is scheduled for Oct. 25.

The Judge disclosed the rape victim’s address to Mirasolo and ordered Mirasolo’s name to be added to the child’s birth certificate — all without the victim’s consent or a hearing, according to Kiessling.

A Michigan Judge gives shared custody of a child to the mother’s rapist. A man from New Jersey, with his two-year-old son in his custody, from a New Jersey custody order, ends up killing his child, while attempting a shoplifting getaway after stealing a sound bar from Walmart on Route 13. Immediately afterwards, the child’s mother revealed that the New Jersey judge, gave the father custody time, over mother’s objections and in spite of father’s criminal and drug history.

At We Care Legal Services, Bucks County, 1-855-LAW-FAMILY, 24/7, we were as saddened as all of you about the child custody tragedy that unfolded a few minutes from our Levittown Office. Every week, we have custody clients worried about the danger posed by the other parent because of criminal, drug, violence, sexual and neglect allegations. They want us, as their lawyers, to have the court restrict the other parent’s time to supervised visits, therapy visits, or no visits at all.

These clients are horrified to find out that Pennsylvania Custody Law presumes that both parents should play an active role in their child’s life. We explain to our clients that judges are neutral at the beginning of a custody case and there is no bias toward mother or father. The burden of proof is on a parent to clearly convince a court (and sometimes a court psychologist) that their Ex really will pose an active threat to the child during visitation. This is easier said than done.

Just because our client’s Ex has a criminal record, sends vile texts, threaten harm, stalks, ignored the children in the past, drinks, does drugs, attempted suicide, is “bi polar, etc.,” doesn’t mean that the Ex won’t show in court with a lawyer, nicely dressed, sincere, polite, and with loads of stories about our client’s lack of fitness as a parent. Sometimes an Ex will admit to “some problems back then,” but that was “in the past.”

Even though they’ve never had an overnight visit before, the Ex has now gotten their act together. They go to Church. They’ve been sober for six whole weeks. They’ve held down a job for a month now. They want 50-50 custody. They even have a day bed in their one-bedroom apartment for their child (surrounded by freshly purchased stuffed animals).

Our job as child custody attorneys is to help our client get past all the legal noise and construct clear communications to a judge using real admissible evidence that will impact a judge’s decision to protect a child from an unsuitable parent. Courts don’t want to listen to hearsay, old stories from a bad romantic relationship, a parent’s ten-year-old minor criminal history, or unproven drug allegations. Judges want and demand current proof in real time of a parent’s obvious danger to a child. This is where complete legal preparation is absolutely necessary. Our attorneys in child danger cases often spend more time gathering and packaging evidence that they do in the actual hearing.

Please call us at 1-855-LAW-FAMILY if it’s time to go to a judge with evidence of other-parent danger. At no charge, we will review the facts, give suggestions, and critique the case.